Rent a bike in Karlskrona

The city of Karlskrona on the coast of Blekinge is full of history. Apart from being a world heritage city it's also a perfect place for cycling. Rent a bicycle in Karlskrona and explore the archipelago, the city, the surrounding nature and the sea.

Karlskrona dates back to 1680, when King Karl XI established the city as Sweden's new naval base. Even today, more than 300 years later, the naval base remains and naturally Karlskrona has a famous Naval Museum. Karlskrona today has world heritage status and amazing buildings that have existed for hundreds of years. World Heritage status means that Karlskrona is on UNESCO's list of World Heritage Sites, along with around 1000 objects such as the Great Barrier Reef and the Great Wall of China!

Rent bicycles in Karlskrona on Trossö

When you cycle in the city centre of Karlskrona, you're on Trossö. The main square is impressively large and stretches across two city districts. In the city centre you can stop at sights such as the statue of Karl XI, the City Hall, Vattenborgen and the Concert Hall. There are also plenty of restaurants, cafés, shopping opportunities and streets to explore. Enjoy the unique architecture from old buildings built in the 18th century,  for example the impressive Fredrikskyrkan and the German Church, as well as small houses from the 18th century in the Björkholmen district. Craftsmen used to live in these cottages.

If you visit Karlskrona for the first time, don't miss the opportunity to look inside one of the city's most famous places, the rope walk Gamla varvet. The building is certainly hard to miss considering that it's a 300 meter long rope walk! Gamla Varvet has existed since the 17th century. A guide is required if you want to go inside the building, during the summer there are regular tours and other times of year you can contact the Tourist Office in Karlskrona.

Karlskrona is Sweden's only naval base. There are several different historical fortifications around the city. If you are interested in the history of the founding of the naval base on the various islands, Drottningsskär's castle, Kungsholms fort, Koholmen, God Natt, Mjölnareholmen and Ljungskär are all worth a visit.

Cycle from Karlskrona to Kristianopel

Cycle just over 40 km north from Karlskrona and you reach Kristianopel, a hidden gem right by the sea. Kristanopel is one of the sunniest places in Sweden. A charming village that invites you to discover small shops, eat at restaurants or have a relaxing coffee after the bike ride. If you want to take a break from the bicycle saddle, take the opportunity to walk around among the alleys and the cozy wooden houses with fragrant roses in the summer. There is also an old ring wall that you can walk on. From the harbor you can actually see the island Öland far away at sea!

Large parts of Karlskrona and its archipelago are perfectly explored while riding a bicycle. For example, start easy with the World Heritage tour of 3 kilometers as suggested by the site Visit Blekinge. Cycle from Stortorget, the main square, to the Admiralty Park with its impressive churchtower, onwards to Björkholmen and Gamla Varvet with the rope walk, Kungsbron and Bastion Aurora which is full of military history. Then cycle to the Marine Museum on Stumholmen and take the opportunity to go for a swim at one of the most popular beaches in Karlskrona next to the museum. All these attractions in just a few kilometers!

The Karlskrona archipelago offers several wonderful cycle paths for your rental bikes. For example you can take the ferry from Trossö to Aspö and then cycle to the next ferry that takes you to Hasslö. Or cycle directly from Karlskrona center to Sturkö, Hasslö, Senoren and Tjurkö, all of which have bridge connections from the mainland.

Sturkö is Blekinge's largest island. Here you will find, among other things, Sturkö mill, camping, the nature reserves Västra Skällön and Uttorp, guest harbours and of course wonderful cycle paths. Another island worth exploring by bike is Aspö, which has lovely small roads that take you to Drottningskär's castle from the 17th century, military museum, an old-fashioned shop, galleries, and also the opportunity to ride Icelandic horses. The cliffs invite you to nice sunbathing and swimming in the sea.

On the cycle path Kustvägen Sydost you can cycle with a view of the sea, with peaceful nature mixed with villages and towns along the way. The trail stretches from Kristianopel to Torhamn, to where it is possible to take the boat with the bikes from Karlskrona.

Bicycle rental in Karlskrona and Blekinge

Rentbike.se helps you with easy and safe bike rental in Karlskrona. Book your bikes today to secure your cycling holiday.

Bike rental Karlskrona
All bike rentals will be made online. 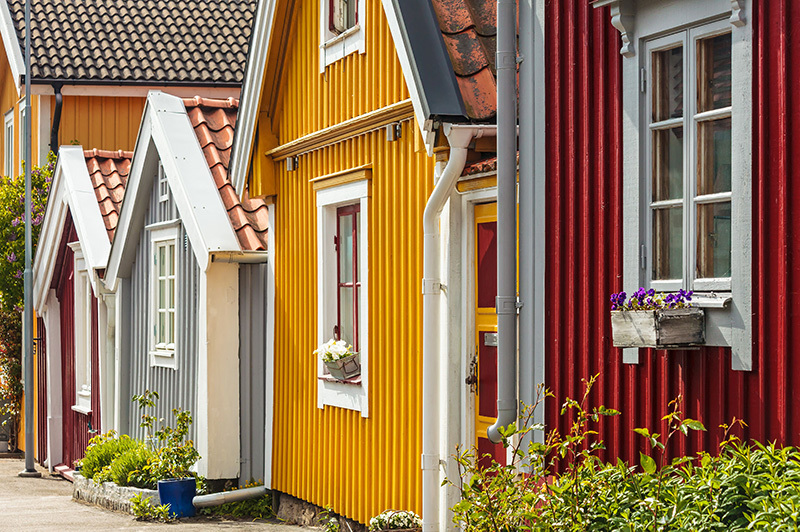 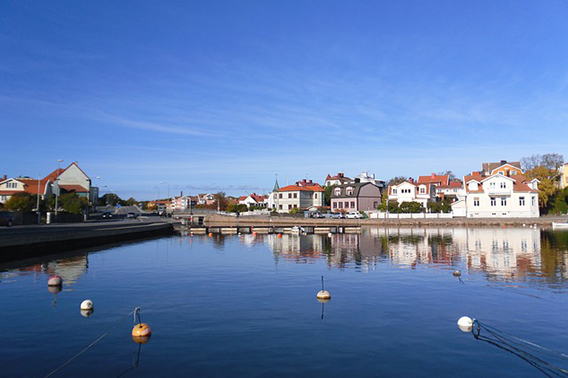 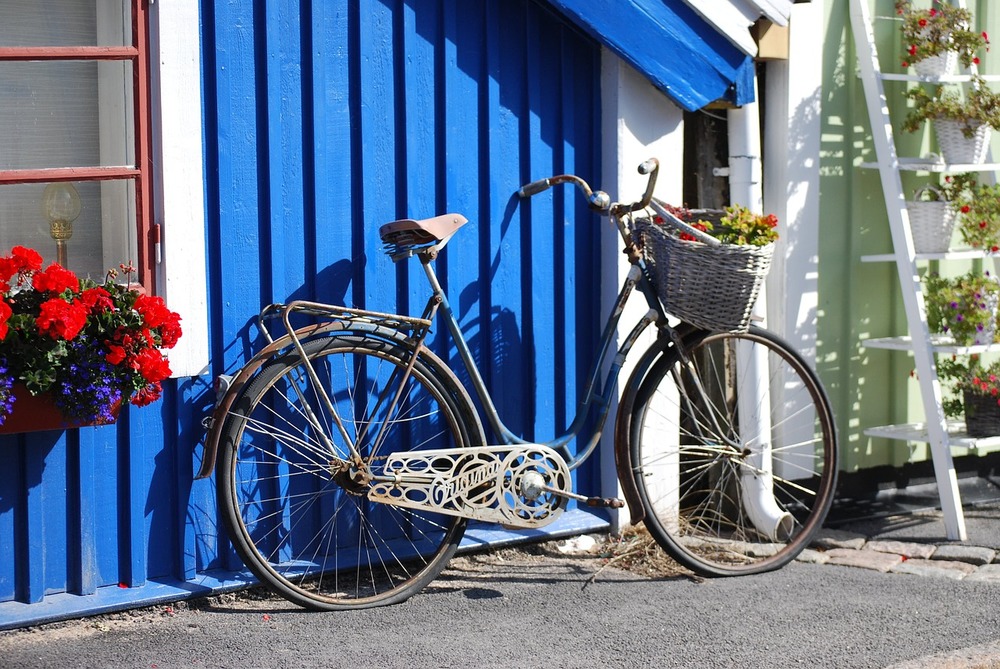 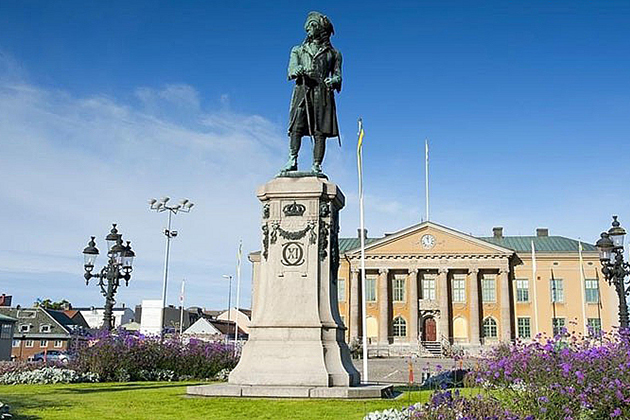 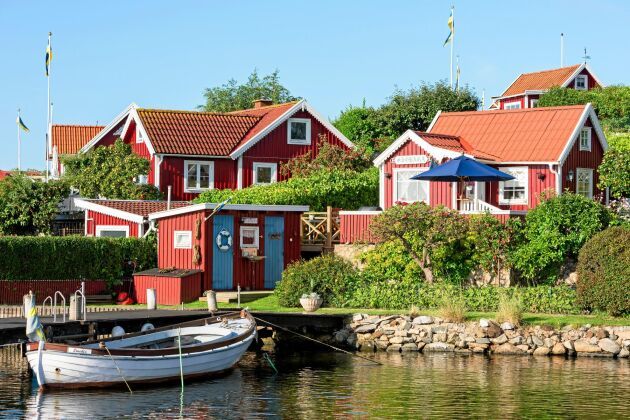